Skip to content
Home > Whatsapp Statistics
MENTIONS IN THE MEDIA 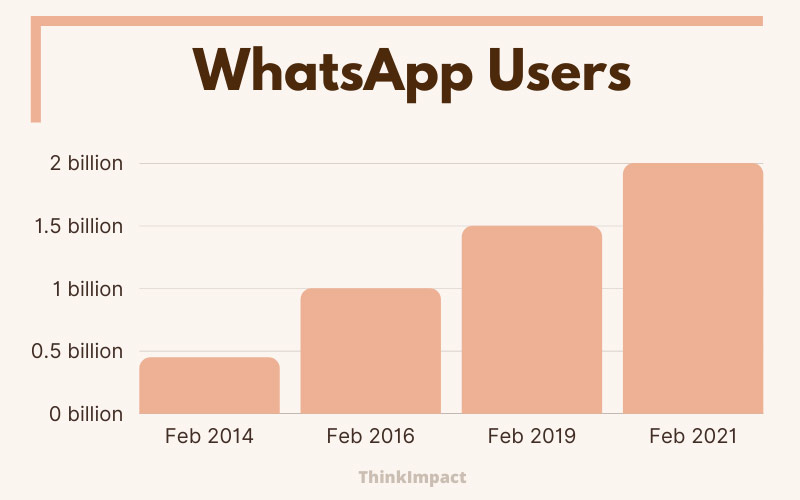 The monthly number of users has been surging steadily over the past few years.

WhatsApp started off as a simple but unique messaging app and evolved as more features were added. The number of downloads recorded by the platform reflects its growth over the years.

WhatsApp Business was launched in January 2018 with a focus on supporting small businesses.

The Overall Impact of COVID-19 on WhatsApp

The growth of WhatsApp has been consistent with the rise in the number of daily messages sent via the app.

WhatsApp messenger has grown to become the most popular messaging platform in more than half of the countries in the world. The instant messaging and voice-over-IP service was developed by two former Yahoo employees at the beginning of 2009. Its developers Brian Acton and Jan Koum initially placed focus on status updates.

Whatsapp is Facebook’s biggest acquisition deal to this day. Though there is a web service and a PC application options, its clients prefer the mobile application.