Skip to content
Home > Patreon Statistics
MENTIONS IN THE MEDIA 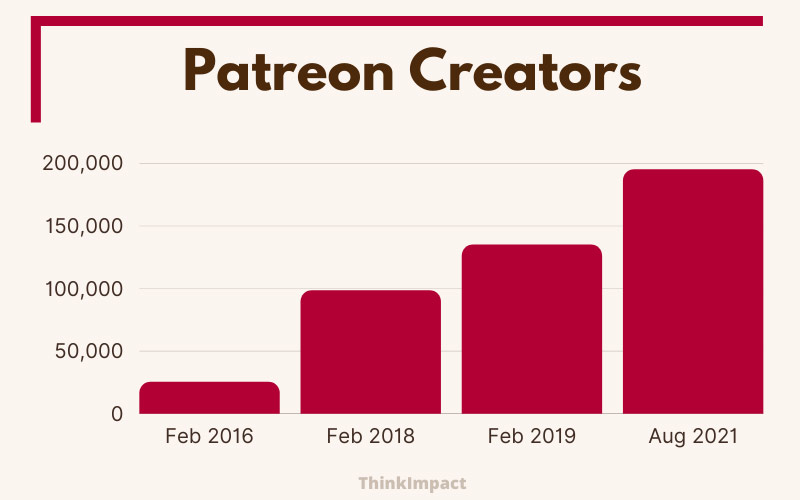 The Overall Effect of COVID-19 on Patreon

Patreon is a creative space that was created in 2013 by entrepreneur-cum-artist Jack Conte and Sam Yan. The platform targets content creators by helping them monetize their content. Patreon’s content variety is not limited to any specific content with art, videos, music, and even written content allowed on the platform.

What Patreon has done can be best explained as providing content creators with a platform having financial tools through which they can receive financial support. Think of it as a space that allows fans to contribute to the artists’ work. The latter make one-time payments or regular payments, becoming patrons as a result.

Patreon has a website and can also be accessed through an application available on Google Play Store and Apple Play for the respective devices.