Skip to content
Home > BeReal Statistics
MENTIONS IN THE MEDIA 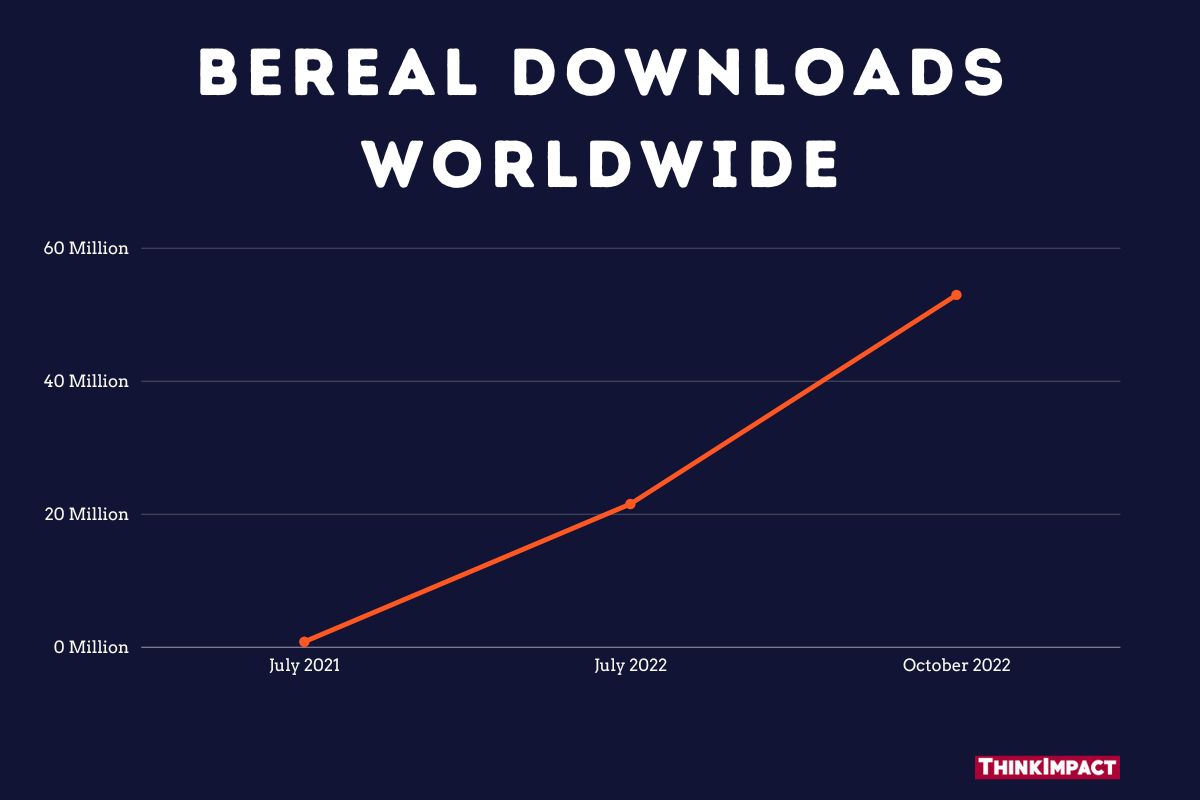 Usage of BeReal has skyrocketed so far in 2022, including daily users and new accounts, and it seems that growth isn’t going to slow down.

There are some statistics regarding social media users who don’t have BeReal and don’t have any plans to give it a try.

Like other new platforms, most of BeReal’s users are on the younger side, with the majority being less than 35 years old.

Usage also varies between countries and races, with white users in the US being the biggest demographic.

BeReal is available in many countries, from the US to the UK and more, so consider some statistics related to this.

It’s also important to consider how people view BeReal, especially since about the same number of people view it as authentic and not authentic.

BeReal is unlike other social media platforms in that it prompts you when to post, and you only have a two-minute window to share a candid image.

Consider how people use the app and why they like to use it as well as how you can connect with others on the platform.

Since it’s an app, a big section of BeReal statistics should cover the app downloads, such as by country, app store, and more.

Here are some numbers you should know, from US downloads to how BeReal has reached the top spot of free apps.

Of course, you also want to consider some of the biggest competitors to BeReal, even though there’s nothing quite like it.

The new app has to compete with other apps for the attention of users, and it has to face other apps offering the same features as BeReal.

BeReal may have only gained popularity in 2022, but it has a longer history that’s worth considering.

Here are some details you should know about the founding and funding of this app.

Some statistics don’t fit into the prior categories but are important to cover, from reviews to website views.

Consider the following statistics about website traffic and press.