Statistics on the average GPA in high schools show that the scores have been increasing.

GPA Scores Have Gone Up Over the Years 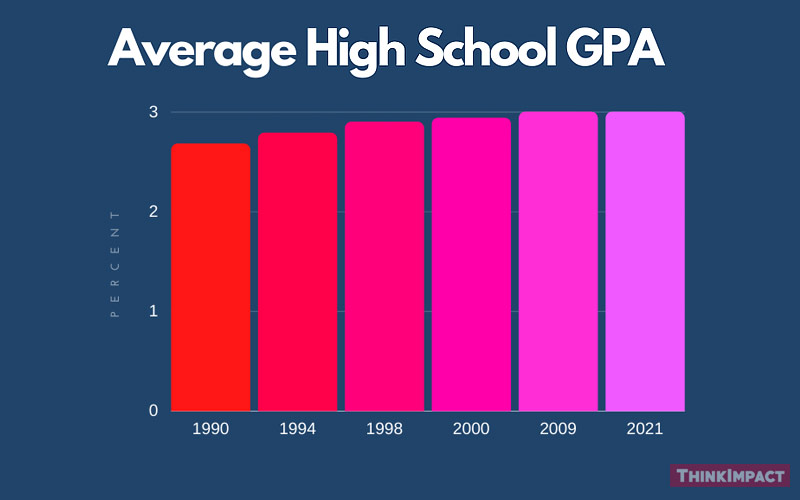 What is the Average GPA in High School in 2022?

On average, high school GPA is usually 0.66 points higher than the first year of college GPA

With an ACT Composite score of 12, the GPA difference between high school and first year of college was 0.84.

For an ACT Composite score of 34, the difference between high school and first-year college GPA was 0.31, with the college GPA still being lower