Skip to content
Home > Homeschooling Statistics
MENTIONS IN THE MEDIA 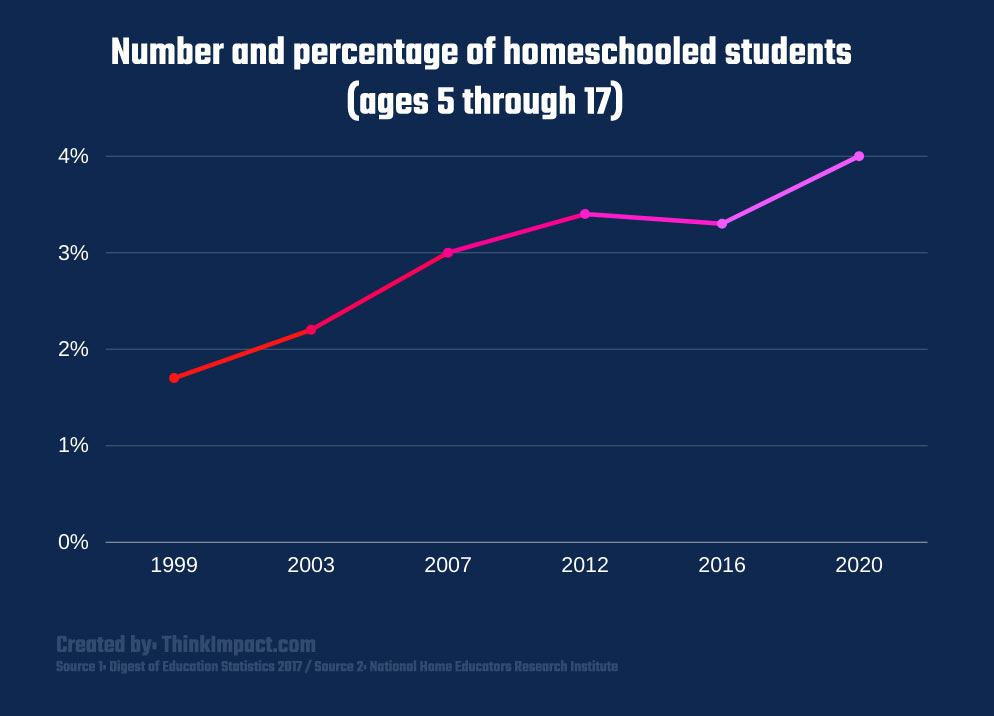 General Homeschooling Statistics around the World

Many countries around the world allow for homeschooling, including the United States. Others include Indonesia, China, Japan, Botswana, South Africa, Australia, Greece, Hungary, Mexico, Brazil, and Canada.

Homeschooling is the practice of educating a child at home without enrolling him/her into a formal school.

Students are said to be homeschooled if they are being educated at home rather than at school for some part of their learning or when their part-time school attendance is less than 25 hours per week. 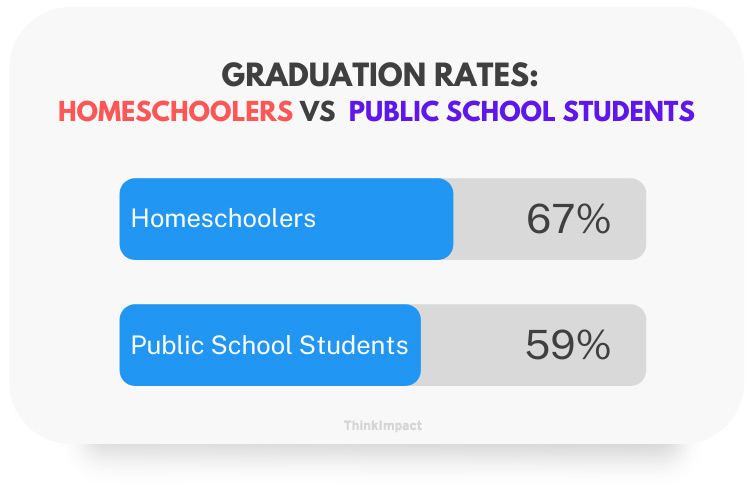 The Impact of COVID-19 on Home Schooling in the US

The COVID-19 Pandemic severely disrupted educational activities all around the world, including the US.

Costs incurred in homeschooling in the US

Homeschooling expenses are not eligible for federal tax breaks. However, some states offer tax breaks for homeschooling families.

Also read about the Benefits of Distance Learning and Scholarship Statistics.

Homeschooling gives the parent(s) the power to determine the number of hours their child will learn each week.

Reasons Why Parents Choose to Homeschool their Children

A survey was conducted in 2020 which revealed the following: 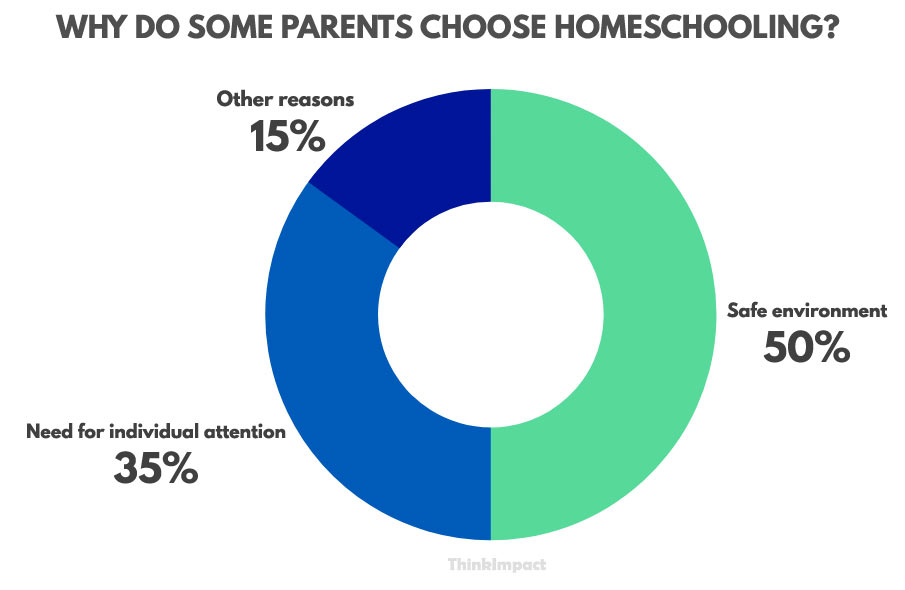 Results from the EdChoice survey in 2020 indicated:

25% of the parents felt that schools did not meet the needs of the children.

Reasons Why Parents Chose not to Homeschool

Parental Reasons for not Homeschooling by Race

A 2020 EdChoice survey found out the following:

Homeschooled students perform much better than their counterparts in formal institutional schooling.