Skip to content
Home > Scholarship Statistics
MENTIONS IN THE MEDIA 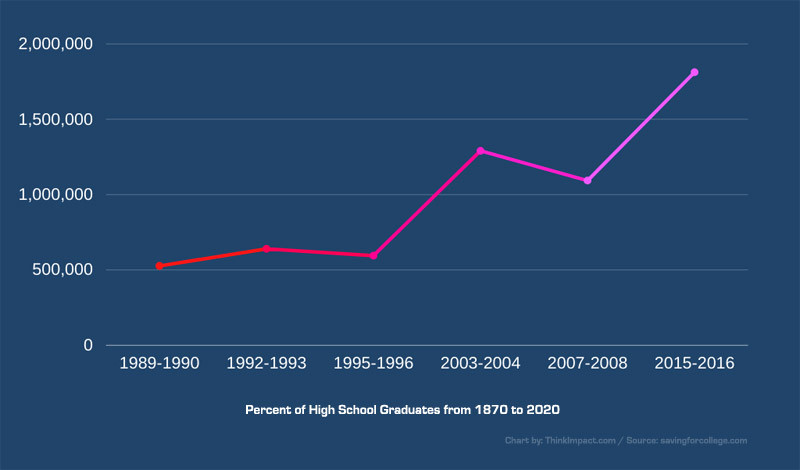 Scholarships are becoming an increasingly important element in the American tertiary education system. As the cost of college increases every year, an increasing number of students are having to rely on scholarships to complete their education.

Therefore, it is important to understand all the factors at play. This includes how many scholarships are awarded each year, how much is awarded, and how the likely sources and recipients are. Such information helps to pain a clearer picture.

One of the primary elements to consider is the number of scholarships awarded. This shows just how many different opportunities to financial aid there are. At the same time, it proves how the overall worth of scholarships is split among students.

A significant number of students need scholarships due to growing costs. Nevertheless, the actual numbers are harder to come by. These statistics need to be clearly stated and understood.

Odds of Receiving a Scholarship

There is a great deal of misconception of how scholarships are handed out. As such, people tend to overestimate or underestimate the probability of receiving a scholarship. Furthermore, fewer people are aware of how much is awarded in each case.

Many people believe a number of myths regarding which students receive scholarships. The actual recipients are more surprising than most people imagine. This includes in terms of academic achievement as well as race.

When most individuals think of scholarships, they are actually thinking of merit-based scholarships. These are grants awarded based on a student’s academic or extra-curricular activity. It remains one of the most commonly awarded forms of scholarships.

Athletic scholarships are a misunderstood type of scholarship. To begin with, most parents and students overestimate the odds of receiving such a scholarship. Furthermore, many people misjudge the overall worth of these scholarships.

It is apparent that the situation regarding scholarships is a lot more complex than most people would imagine. In fact, there is quite a bit of misconception regarding this form of financial aid. It is important for every person to appreciate the actual condition so that each and every student can fairly benefit from it.

[1] Washington Post, Your Child Probably Won’t Get a Full Ride to College

[3] Education Commission of the States, Need Based State Financial Aid